Due to me speaking on stage in a Mankini (topic: Steps To Stepping Out of  Your Comfort Zone) years ago, several people have tagged me on Facebook to a viral video of white boys going to Compton, CA, in and confronting random people on the street, then attempting to fight them. When they goaded the innocent person into fighting, then then stripped down into Mankini’s and the people run away. I get it, and in a sick and perverse way this video can appear funny. But here’s my real feelings on it, which may shed further light on why I feel this “funny” video is appalling.

What these guys did was not only super disrespectful to innocent people minding their own business, doing their own things in public, but confronting them out of the blue in that manner regardless of what race or city is bullying/harassment and if they would’ve been beaten, shot, or stabbed, (prior to them stripping down to their Mankini’s) it would’ve been absolutely justified from the receiving end of their prank, IMO.

Fact: If they tried that down here in FL with middle class business men (or women), or elderly even, chances are good they’d have a weapon pulled on them and possibly be fired upon out of self defense. (Not to mention the guys doing this video were all large, intimidating, obviously crazy, and in good physical shape that could be capable of harming you badly).

My feeling is that IF people are choosing to conduct jackass like (movie) pranks, they’d better be aware of the consequences (physical harm and/or arrest) and my hope would be they would do it out of comedy and not violating personal human rights.

To me, this is almost as preposterous as what you may have seen with some kids recording others while knocking out innocent people that just happened to walk by, and laughing at it, just like people are laughing at this.

Furthermore, the one stated above is definitely something those who do it should be found and arrested (aggravated assault at the very least), and IMO, the people who recorded this fall into the illegal category of harassment, at the very least.

If the roles, races, and cities were reversed the cops would’ve definitely been involved QUICKLY and it would’ve been a show we’d hear about later called “When Pranks Go Bad.”

Bottom line: a. Treat others as you would want to be treated. b. Don’t be a Jackass!

NOTE: It was/is on purpose that I did NOT share the URL to that video, or the videos of people knocking random people out as they walk by. They do not deserve added exposure in my opinion. Please do not list either of those URL’s in any comments below. Thank you! PS – If you have not seen them, trust me, it’s ok, you’re not missing anything, and you’re probably better off that way.

My Simple Comfort Zone Challenge To YOU! Do you accept? 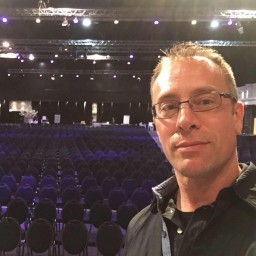